I finished with my client at 630pm.

I didn’t feel like going home right away, so I returned a missed call from a relative while sitting in my car.

My relative raved on and I listened to them with what I hoped was understanding and patience.

It was a hot and humid evening so I turned my car fan on to cool me off, but this ran the car battery flat.

So I txtd the relative I had been talking to and asked them if they could drive for 30 minutes and help me jump start my car.

They said they were tired and stressed and couldn't help.

I muttered a few choice words under my breath.

Whilst I waited to see if the battery would recover enough to start the car, I decided to lift my spirits and txtd my friend who lived two hours away to see if he would mind swinging by and helping me jump start my car.

He said, "Sure, I'll be there in five minutes," but he still hadn't turned up thirty minutes later. LOL!

I opened my trusty smartphone to try and find where I might be able to catch a bus home.

But the phone battery was dying and I couldn't recharge it from my car battery, because that was dead.

I knew there was a bus stop nearby, so I decided to walk there. 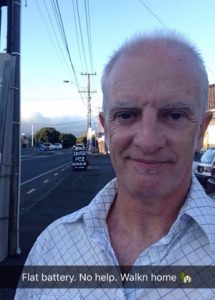 But the buses that used that stop were going in the opposite direction.

Then a bus arrived and the very helpful driver said he was changing buses and heading back to the terminal, so he could drop me over the bridge from my house - for FREE!

Before long his buddy arrived in a brand new shiny double decker bus.

I'd seen the new double deckers around the city and always wanted to sit on the top deck up front and look down on to the cars below.

Because the bus was empty, I could sit wherever I wanted to so I had a fun trip sitting up top in front. 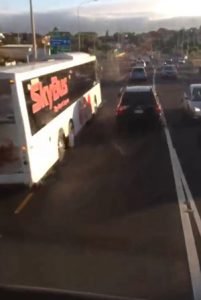 He dropped me off near the terminal and I walked home over the bridge in sticky humid heat in hot work clothes. 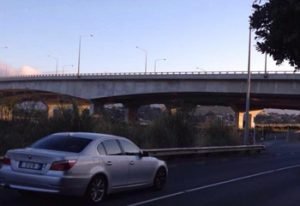 I got home sweaty and breathless with a flat phone.

I called the relative who said they couldn't help to plead for a lift again.

I grabbed my power pack to jump start the car and decided to join Uber so I could get back to my car.

Whilst being charged, my phone died in the middle of the app installation. Twice.

After I managed to install the app, Uber used location tracking for my house and got the wrong address.

Just in time I spotted the Uber and ran down the road to catch him.

The Uber driver was born in Punjab so on the way to my car, we had a good conversation about my crazy taxi trips in India.

The helpful Uber driver helped me get my car started.

I finally got home at 9:30pm, three hours late after planning on some work that evening.

Yes I'd had an evening of first-world hassles and "bad" luck, but as I was lying in bed that night, I remembered something …

Although I'd never done it before, but for some reason I can't quite explain, as I was getting dressed today I decided to dress "casual smart" and wear sneakers to my client meeting.

That made the walk home a lot more pleasant, because if I'd been wearing my dress shoes it would've been very uncomfortable.

So I decided that someone or something had been looking out for me that day and as I closed my eyes and drifted off to sleep I felt pretty good about that, and you should too …

If you're having one of "those" days, here are some life coaching tools for inspiration!

The What I've Got Tool®