If You Love Me Let Me Go

It is 4am in the morning.

I am wide awake - mainly because I have a heavy heart and I'm feeling sad and conflicted.

I wrote this for someone very precious who I felt needed permission to let me go, so they could to grow.

I wanted these words to express to her that I understand that just because we let someone go that doesn't mean we don't love them - sometimes we let people go because we love them and want them to be free.

I think it's one of the purist forms of musical expression.

I'm not overly emotional in public, and I think I'd be too scared to go to a black gospel church in case I was hit by the music, overcome with emotion and dissolve into tears.

I like that gospel songs are about unconditional love – not money, cars, lust or infatuation passing as “love.”

In the late 90’s I saw a gospel music event advertised in my local area.

I eagerly bought my ticket and went along, but I didn’t get what I expected.

In the foyer after the event I met a Japanese lady.

We hit it off and for our first date on a beautiful warm summer night, I arranged a gently paced trip around the city waterfront in an open rickshaw.

The Japanese lady and I became an item, she was very kind, open and social and had an interesting collection of friends.

One of the friends she collected were a Canadian couple who had recently returned from teaching in Nepal.

Their stories about the amazing country and warm people inspired me to take a trip to Kathmandu.

On the way to Nepal I spent a few days in Thailand.

Because this was my first big trip to an exotic destination, I thought it would be a good idea to book my first night’s accommodation in advance so I could get settled and rest without worrying about where I was going to stay.

I booked a hotel and was collected from the airport by the driver of a shiny new Mercedes who delivered me safely to my hotel.

When you travel in Christian countries you will often find a Bible in the bedside drawer of your hotel room.

It is placed there by a group called the Gideons, I remember they gave everyone in my high school a little red Bible which I still have – I wonder if they still do that now?

Thailand is a Buddhist country, so instead of a Bible in my hotel room, I found a book of Buddhist stories.

I thought this was a cool surprise and probably because there was no internet in these days, I sat on the bed and flicked through it.

I distinctly remember one story about a monk carrying a raft through the desert.

The monk was walking back to his monastery for an important festival when he came to a deep, wide and raging river.

He didn’t know what he was going to do.

The river was too far to try and jump across!

And it was too wide, deep and fast to swim across.

He couldn't cut down a tree to build a bridge across, so for days the monk paced up and down the river bank growing in fear and frustration.

He had almost given up hope of ever crossing the river, until one day he came across a raft with a paddle.

It looked like someone had used the raft to cross from the other side of the river and abandoned it on his side.

The monk was overjoyed at his good luck!

He collected his belongings, placed them on the raft, dragged it to the river’s edge, pulled it into the water, hopped on and paddled across.

When he got to the other side, he said to himself, “this raft has been very useful, I think I will bring it with me on my journey in case I come across another river.”

The next few words in the book burned themselves into my brain because the language was so quaint, sweet and ancient, and the message so clear and profound …

"thus he assumed an unnecessary burden."

The moral is about non-attachment and how even positive attachments are still “baggage” and weigh you down.

You've got to travel lightly and learn to let things – even useful things – go.

And sometimes you've got to let people go. 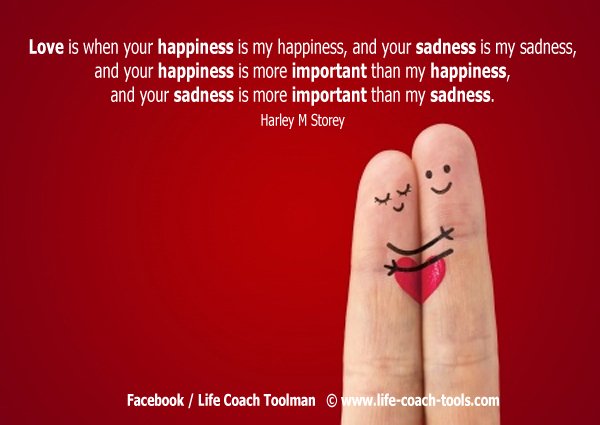 If you love someone you want them to be happy.

And if their happiness is more important than your happiness, then if they would be happier without you, you let them go, because you want them to be happy.

Just like your little boys first day of school; you want to hold on and keep him close forever, but he needs to go out and play, run around, fall over and skin his knees, so he learns that even if he hurts himself he'll be ok.

If he doesn't want to go to school and wants to stay home with Mom where it's comfortable and easy, even though it hurts you, you insist he goes to school.

And on your way home, after dropping him off, you cry some tears in your car, because you know his first day of school is the first link in a chain that ends with him growing up, leaving home and becoming a man ...

Just because you let him go doesn't mean you love him any less.

Actually, you’re letting him go because you love him.

You let him go to grow.

And if you truly love him and he truly loves you, even if he goes away, or you don't see him for a while, you can never lose him because he's always in your heart.

The winds of fate that brought you into each other’s lives and made you a home in his heart, may blow you apart for a season, but one day the wind will change and they will bring him home again.” 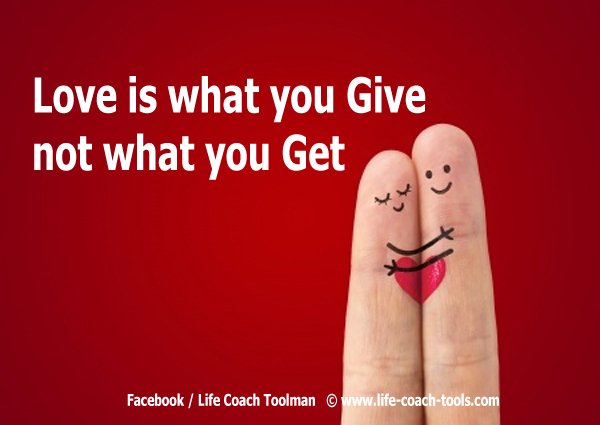 It was meant for someone very precious to me who I felt needed to let me go, so she could grow.

As I write this, she doesn't have a child, so I thought the story about letting go of her “son” on his first day of school would touch her, and I included the last paragraph because I believe – and hope against hope – that one day she will be in my life again because ever since she was born there has been a "her" shaped space in my heart.

I closed my words to her with lyrics from a Van Morrison’s song about life and death, holding on and letting go, and going “Into The Mystic.”

And I hope that one day when she hears the words, “when that foghorn blows, I will be coming home …” that she will let me know I can return home to her again, because she-is-my-heart.

That's all for today.

I hope by sharing this story about loving and letting go, that it will add to your day in some small way as we both navigate this journey of life, love and loss, holding on and letting go.

Wishing you the very best of days,